It was a busy week throughout Europe as many leagues played their final matches before a break for the holidays. In Spain there were games not only played over the weekend but also on Tuesday and Wednesday of this week. In France, there were League Cup matches midweek. Guy Feutchine was the big Cameroonian star of the week, scoring twice in the Greek League while Jospeh Desire Job, Emile Mbamba, Marcus Mokake and of course Samuel Eto’o also scored in league action. Jean Makoun scored in the French League Cup this week.

Guy Armand Feutchine scored twice for PAOK Salonika as they defeated Ionikos 3-0 in Greece. Feutchine played as a right sided midfielder and scored his first goal in the 30th minute. He received a cross from the left, lifted the ball up and volleyed it into the net. His second goal came in the 76th minute as he broke free and fired in a long range shot. He left the match in the 90th minute to appreciative applause from the PAOK supporters. Feutchine’s speed has opened up opposing defenses many times this year as he has become one of his club’s top players.

Elsewhere in Greece, Jean Denis Ouanga started in midfield for Kallithea in his club’s 1-1 draw with Panionios. Ouanga was substituted out at the start of the 2nd half. Goalkeeper Pierre Ebede made 3 saves for Chalkidona but it was not enough as his club were defeated by 2nd place Panathinaikos 2-0. Unfashionable Chalkidona, however, remains one of the surprise stories of this year’s Greek season. Unlike many leagues throughout Europe, Greece will not be taking a break over the holidays due to the league’s late start because of the Olympic Games.

Two rounds were played this week in Spain before the league took it’s holiday break. Over the weekend, Samuel Eto’o started off causing danger for Barcelona in their match against fellow title challengers Valencia but he was later neutralized by Valencia’s tight defense in the teams’ 1-1 draw. Carlos Kameni had little to do as Espanyol’s goalkeeper in his club’s scoreless draw with Numancia. Pierre Webo was quite active as a starting forward for Osasuna in his team’s 2-1 win over Mallorca before he was subbed out in the 78th minute.

Midweek, Samuel Eto’o was the hero for Barcelona as they defeated Levante 2-1. Eto’o scored the game winning goal in the 87th minute for his league leading 13th tally in 17 matches. He received a ball at the top of the arc, spun a defender and fired a blistering shot into the net. With the win Barcelona maintain a 10 point lead over Valencia atop the table in Spain. Carlos Kameni was in goal in the battle between Espanyol and Valencia. Kameni made several excellent saves to keep Espanyol in the game but shortly after the break they had 2 players sent off and eventually lost 3-0. With the loss, Espanyol dropped to 4th in the league, 12 points behind city neighbors Barcelona. Pierre Webo again started at forward for Osasuna as his club defeated Numancia 2-0. Webo flicked on a header to teammate Richard Morales who scored the opening goal via a bicycle kick. Morales later added a second after Webo had been subbed out in the 61st minute. With the win, Osasuna head into the holiday break in 7th place in the league, 15 points behind Barcelona.

Over the weekend in league play, Achille Emana made the biggest news as he played a good game at right side midfield in Toulouse’s 2-0 win over Caen. Once again Emana showed himself to be a key element in Toulouse’s attack. Jean Makoun also starred for 2nd place Lille, playing a solid all around match in midfield for his club in their scoreless draw with Ajaccio. Salomon Olembe continues to play as Marseille’s left back and he had a solid match as Marseille drew with league leaders Lyon 1-1. Also playing left back this week in France was Benoit Assou Ekotto who had an average match for Lens in their 2-1 victory over Bastia. Playing centerback for Bastia, but having a relatively disappointing game, was youngster Alexandre Song. Elsewhere in France’s Ligue 1, Patrick Leugueun started at centerback but was subbed out after 68 minutes of Istres 2-0 loss to St. Etienne. Herve Tum continued his comeback from injury entering as a second half sub for Metz in their 3-0 loss to PSG. Modeste Mbami of course is still out for PSG due to his long term injury.

In Ligue 2 the biggest news was forward Marcus Mokake scoring his first league goal this season for Sedan as his club drew 2-2 with Angers. Mokake’s goal came just before the end of the 1st half. In Grenoble’s 2-0 loss to league leaders Nancy, goalkeper Gilbert Bayiha and centerback Bertin Tokene played for the losing team. Niort’s 1-1 draw with Gueugnon saw Julien N’Da play left back for Niort and Alexis Ngambi at centerback for Gueugnon. Euguene Ekobo played midifeld for Creteil as they drew 0-0 with Laval and Thierry Gathuessi played centerback for Montpellier as his club were beaten 1-0 by Dijon.

The past few days saw action in the 8th Finals of the French League Cup. Jean Makoun scored the tying goal in the 47th minute of Lille’s 1-1 draw with Strasbourg. Strasbourg eventually won 4-2 on penalties. Benoit Angbwa also played right back for Lille in the Cup match. Lens and Bastia repeated their league match of the previous weekend in the League Cup and again Lens prevailed, this time by a score of 1-0. Benoit Assou Ekotto again played left back for Lens and Alexandre Song was a centerback for Bastia.

This week Toulouse also announced that Achille Emana has signed a contract extension keeping him at the club until 2008.

In England’s Premier League, Timothee Atouba continues his good play at left back for Tottenham. Since Martin Jol has taken over as club coach, Atouba has moved back to left back from left side midfield and he has been starring. This past weekend, Atouba moved forward well as Tottenham hammered Southampton 5-1. Jospeh Desire Job did not begin the game on the field for Middlesbrough but he came on as a sub at the start of the 2nd half and scored a nicely taken goal in the 68th minute of his club’s 3-0 win over Aston Villa. Lauren again was at right back and had an okay afternoon as Arsenal beat struggling Portsmouth 1-0. In the Championship, Matthias Doumbe started at centerback for Plymouth as they were beaten 2-0 by Derby.

In Italy’s Serie B, Antonio Ghomsi started at centerback in Salernitana’s 2-1 loss to Catania. Ternana’s 0-0 draw with Pescara had Cameroonians on both sides as Ternana’s Alain Bono played at right back while Pescara’s Thomas Job Iyock was at right sided midfield.

There also was a battle of Cameroonains in Turkey as Rigobert Song’s Galatasaray drew 0-0 with Souleymanou Hamidou’s Denizlispor. With the result, Galatasaray remains in 2nd place in the league and Denizlispor in 4th heading into Turkey’s month long winter break. Herve Zengue and Jospeh Marie Tchango both started in midfield for Ankaragucu in their scoreless draw with Rizespor. Tchango was subbed out after 60 minutes but Zengue played the whole way.

In Belgium, Matthieu Assou Ekotto started in midfield for La Louviere in their 3-2 win over Lierse. Justice Wamfor was also playing midfield but for Racing Genk in their 2-1 victory over Cercle Bruges. Eric Matoukou entered the game as a late defensive sub for Genk. Patrice Noukeu also played in midfield but for Mouscron and he saw his goalscoring streak ended as his club were upset 2-1 by FC Brussels. Samuel Ipoua entered as a second half sub for St. Trond but they were beaten 5-1 by league leaders FC Bruges.

During the week FC Brussels announced that they have loaned out 21 year old striker Aloys Nong to 2nd Division Courtrai (also known as Kortrijk in Flemish) for the remainder of the season. Nong began the season as a starter for FC Brussels but was unable to score and has recently lost his place in the squad. The club hopes he can get the needed experience playing in the 2nd Division with Courtrai.

Yohanna Buba continues to play well as a centerback for Estoril. His club lost this weekend to Gil Vicente 2-0 but Buba again played a solid match. Albert Meyong came on as a sub at forward for Vitoria Setubal as they drew 1-1 with Uniao Leiria. The quantity of league and European matches seems to be taken a toll on Rudolph Douala as had a disappointing game and was subbed out after only 36 minutes as Sporting Lisbon

defeated Vitoria Guimaraes 4-2. Douala, who has been excellent this season for Sporting, is one player looking forward to the holiday break.

In Israel there also was a battle of Cameroonian players as centerback Ernest Etchi’s Bnei Sakhnin defeated forward Emile Mbamba’s Maccabi Tel Aviv 2-1. Mbamba, however, scored his first league goal of the season for Maccabi Tel Aviv just before the halftime break. Midfielder Georges Mbida remains on trial with Hapoel Petach Tikva. Last week we incorrectly gave the name of the team as Maccabi Petach Tikva.

Eto'o after his winning goal at 85th min. 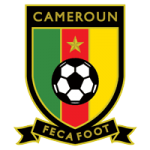 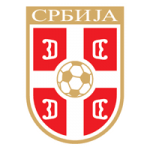