Issa Hayatou has many friends within Cecafa. East and Central African football chiefs have declared their support for Fifa presidential hopeful Issa Hayatou. 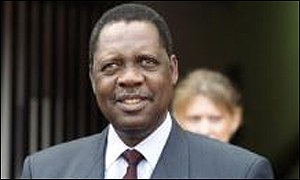 Officials of the Council of East and Central Africa Football Associations (Cecafa) issued a statement in Nairobi on Saturday backing Hayatou’s campaign to secure the most powerful job in world football.

« We’re thinking about the unity of Cecafa, and the unity of the African continent and because Issa Hayatou is a hard-working and honest person, » said Cecafa president Farah Addo.

Addo, a staunch ally of Hayatou, said East and Central Africa’s regional body had no doubts about the Cameroonian’s suitability for the Fifa presidency.
« We think he’s the right person to head Fifa and Cecafa recognises and accepts Issa Hayatou as Caf and Africa’s candidate for the position of Fifa president. »

Caf president Hayatou will challenge Sepp Blatter on 29 May in South Korea, in what promises to be a close contest. 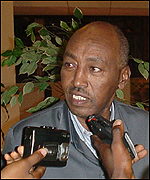 Addo, who is also the president of the Somali FA, said the statement of support was signed by 18 officials from the 11 countries affiliated to Cecafa.