Franz Beckenbauer claimed he was astonished by the lack of urgency Cameroon showed after Germany were reduced to ten men in Tuesday’s crunch Group E clash.

« I was stunned by the way Cameroon played in the second half, » said the Bayern Munich president. « It frightened me. I have never seen such a lazy group of players compete in a World Cup.

« They did not move at all for the player who had possession. The player with the ball always looked like the poorest player on the pitch because he never had any options.

« They did not threaten the German goal even though Germany only had ten men. It has made me wonder whether that was a different team to the one which won the African Nations Cup. I can’t believe it was them who lifted the trophy in Mali, » scoffed Beckenbauer.

The Indomitable Lions needed three points to seal their place in the last 16, a task that seemed to be within their grasp when Germany defender Carsten Ramelow was given his marching orders five minutes before half-time.

But the ten men of Germany went on to win the game with second-half goals from Marco Bode and Miroslav Klose, condemning Winfried Schafer’s team to an early exit.

And Beckenbauer admitted that his is now fearing the worst for his fellow countryman. « I think Schafer will find himself looking for a new job, » he said bluntly. « I’m sure they will have expected him to get Cameroon into the next phase.

« All of the experts said that they would do well before the tournament. But now they are on their way home along with France. »

« The referee destroyed the rhythm of the game with his decisions and for each foul he showed a yellow card, » claimed Beckenbauer.

« I’ve known him for quite a while, but I’ve never seen him perform as badly as he did on Tuesday. I don’t know what happened to him, maybe he wanted to set a new record for dishing out the most bookings, » he joked. 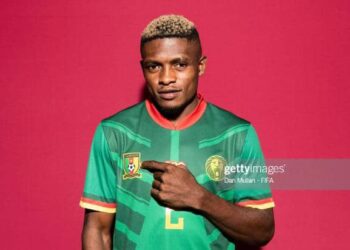