Lions debacle in Japan/Korea 2002 overshadowed numerous victories in other disciplines. Adepts of football will place their discipline at the frontline of the 2002 sports season in Cameroon. In the agenda of that realm, the Cup of Nations and the World Cup marked the high points of the year.

While the Indomitable Lions carried the day in Bamako, lifting the Continental trophy after a penalty shoot-out with the Senegalese green horns, the World Cup in Korea/Japan was a different story. It was catalogue of errors within the field of play and a tale of mismanagement of human and material resources beyond the stadia. The hopes raised in the January/February Cup of Nations were dashed in June. After Italia 90, when the Lions set the Continental record of reaching the quarter-finals, dreams of a repeat performance crumbled like a pack of cards at the flick of some wandering fingers. It was a veritable sports disaster that became predictable with the strike of the Lions in Paris over qualification bonuses and the attendant delays stretching into days. The complacency of the team’s managers, coaches and sponsors triggered generalised indiscipline that was discernible in the play style of the team. With only four points at the end of the first round, the Lions packed out of Japan in disarray.

Manchester 2002, in the fold of the Commonwealth games attempted to raise a fallen flag and a national ego demoralised by the disappointments of the flag ship in Japan. Weightlifting set the tone and pace re-asserting the place of individual sports in the national psyche. The track and field events had a leeway toeing the line drawn by the weightlifters. For once, a nation whose emotions are glued to the exploits of the football lions had something to celebrate in other sports disciplines. Henceforth, attention had to be re-focused away from Song Bahanag and his squad to boxers, wrestlers, judokas, weightlifters and many others of that crew. Volleyball, handball and feminine football sealed the year with participations in international carnivals. In Libreville, Cameroonian handball clubs faced rugged challenge from rivals. Algiers welcomed FAP and AES-Sonel in the volleyball championship while Oghara and Warri hosted the female football cup of Nations. Some of these competitions failed to get into the national limelight due principally to the absence of a national following and sterling results at the end. Taekwondo, lawn tennis and cycling amongst others registered some points in events within and beyond the sub-region.

At the national level, football once more took its commanding position. Canon Yaounde, the old war horse travelled to Garoua to shell Cotonsport into submission at the last playing day of the national league. Mount Cameroon set a record of its own after bashing Sable of Batie to cross the Mungo bridge into the South West with the Challenge trophy. Interpool 2002 elevated PWD Bamenda into the podium of glory. Alongside Caiman and Renaisance, the three joined the elite league. FAP, Tonnerre, AES SONEL, MINUH and others set the scales in handball and volleyball national championships. Rugby, baseball and « sports for all » gradually but surely made their way into the national sports repertoire. Out of the field of play, there was apparent serenity in the boardrooms of the federations. Government subventions flowed into numerous coffers of the sports federations. The candidacy of Issa Hayatou for the Presidency of FIFA set tails wagging in the Continent. His electoral defeat at the behest of the ubiquitous Sepp Blatter was said to be predictable to many who master the regulatory mechanism of the world football governing body. 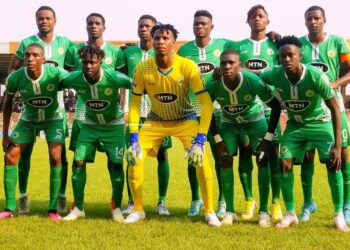